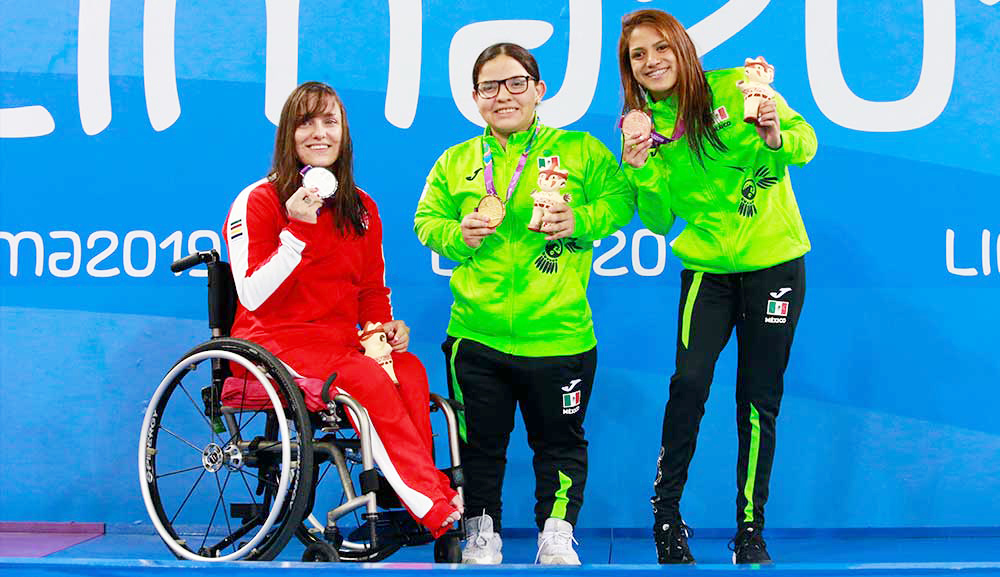 Our athletes had an outstanding participation as part of the Mexican delegation, winning 18 medals: 5 gold, 5 silver, and 8 bronze medals.

All the dreams after years of dedication, sacrifice, sweat, and commitment can fit in a suitcase. They have given up time with their families, and friends. They are 47 Anahuac Lions; men and women who were part of the Mexican delegation in the 2019 Pan American Games that wrote the name of Mexico in the history.

The historic participation of our Anahuac Lions and Mexico meant our country was among the first three places in the medal standings, only behind the United States and Brazil, and better than great powers such as Canada and Cuba.

Our Anahuac Lions medalists in Lima were:

The suitcases are back and full of medals, with intact dreams eager to be back at the top of the podium, and with the hope of continuing working to represent the Anahuac and Mexico in the next Olympic Games of Tokyo, Japan.

Congratulations to the entire Mexican delegation, especially our Anahuac Lions, the pride of Mexico to the world.

In the same way, we wish the best of luck and the greatest success to our athletes representing us in the 2019 Parapan American Games occurring from August 23rd to September 1st, also in Lima, Peru.