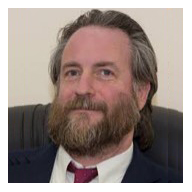 Mr McFarland currently works in the capacity of the Head of Academic Writing Office at I.M. Sechenov First Moscow State Medical University. In addition, Mr McFarland conducts research in oratory analysis, sociolinguistics and compositional studies. One of his current major projects is the international association "The Doctor as a Humanist". (Sechenov University, Moscow) 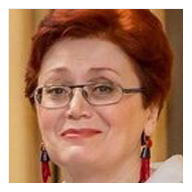 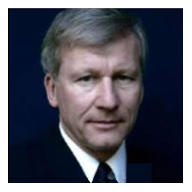 Professor of Urology at the Johns Hopkins School of Medicine and an Affiliate faculty member of the Berman Institute of Bioethics at the Johns Hopkins University. He has been a member of the Hospital Ethics Committee since 1992, serving as co-chair for seven years. He now teaches introductory medical ethics for the Medical School. He formerly directed the School of Medicine’s Course on Patient, Physician and Society. He is currently working in conjunction with the Oxford Center for Life Writing at Wolfson College on the study of biography and memoir of patients and practitioners as part of a larger project entitled Lives in Medicine. From 1996 to 2012 he served as the medical director of the annual pilgrimage to Lourdes of the Federal Association, Sovereign Military Order of Malta. In 2012 he was elected to be a member of the International Medical Committee of Lourdes. 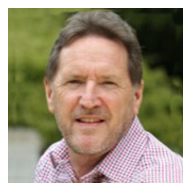 As an Oncologist and General Practitioner, Prof. Gibbs has maintained a life-long interest in health professions education and has been active in achieving curricula transformation in many parts of the world. He holds a senior position in the Association for Medical Education in Europe (AMEE) and is Director of the AMEE Networking Centres in China, the Russian Federation and Georgia. 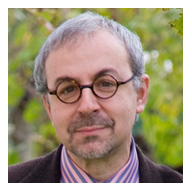 Joaquim Gea obtained his MD (1979) and PhD (1989) degrees at the Universitat de Barcelona, being specialist in both Internal Medicine (1981) and Respiratory Medicine (1985). He is the Head of the Respiratory Department at Hospital del Mar, Full Professor and Dean of the School of Medicine at Universitat Pompeu Fabra and Deputy Director at the Spanish Network of Excellence for Research in Respiratory Diseases (CIBERES). He has been funded by 68 competitive grants, including 4 projects funded by the European Commission, and published more than 300 Original Articles and Reviews in peer reviewed journals as well as 60 book chapters. (Pompeu Fabra, University, Spain) 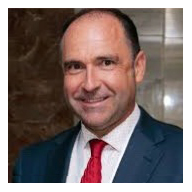 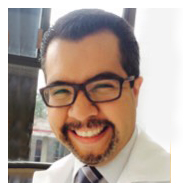 Currently coordinator of clinical cycles at Anahuac University Mexico, Dr. Felix has dedicated his life to the promotion and development of humanism as a medical competence, seeking at all times to favor the treatment and patient-doctor relationship. Medical Oncologist-Pediatrician who in addition to exercising the medical profession has a great interest as a teacher trainer. (Anahuac University, Mexico) 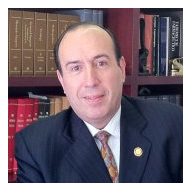 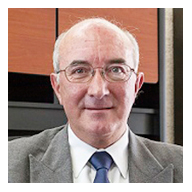 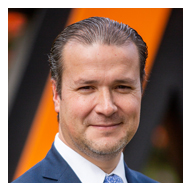 Law Degree, Master in Bioethics and Candidate for Bioethics Doctor.
Diploma in Human Rights.
General Coordinator of the Faculty of Bioethics. 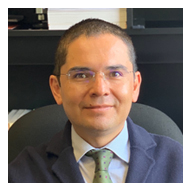 Surgeon and Midwifery Doctor, with a master's degree in science and a specialty in morphology and histology. Currently coordinator of Undergraduate Internship at the Faculty of Medicine of the Universidad Anáhuac México, member of the Committee of the Comprehensive Summative Evaluation of examinations for the Degree in Surgeon and member of the Council Committee in the same Faculty. (Anahuac University, Mexico)

Graduated as MD, currently coordinator of clinical cycles at Anahuac University Mexico, with a Specialty in Health Management and Corporate Welfare and a Master's Degree in Management and Administration of Health Institutions. Interested in medical humanism, truly convince of the importance of emotional intelligence in young doctors to enhance the quality of medical education. 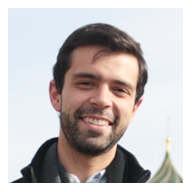 Medical Doctor graduated from Universidad Anáhuac México, currently pursuing a Specialty in Health Management and Corporate Welfare and a Master's Degree in Management and Administration of Health Institutions. Fervent promoter of medical humanism and humanities as a way to acquire such competence. (Anahuac University, Mexico) 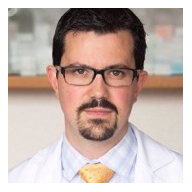 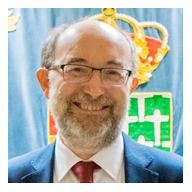 Esteban González López MD, PhD. is Chair of the Division of Family Medicine and Primary Care at Universidad Autónoma de Madrid, Spain, and also works as a Family Doctor.

Graduated from the International School on Holocaust Studies, Yad Vashem, in 2009.

Since 2010 has delivered seminars, lectures and courses in different universities on Medicine and the Holocaust.

In 2011 with Prof. Rosa Ríos Cortés designed the course “The Holocaust: Lessons for Medicine” which both have been teaching in the Medical School at Universidad Autonoma de Madrid, Spain, since then. They have organized several study trips to Holocaust related-sites in Poland and Germany. 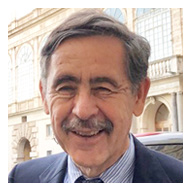 Dr. Phillip E. Pulaski is a senior staff physician at Boston Health Care for the Homeless, where he has worked as a primary care physician since 1994.  He earned a B.A. from the University of Connecticut in Economics and French and a Master’s Degree in Theological Studies, with a focus in Christian social ethics, from the Weston Jesuit School of Theology.  Before medical school, Dr. Pulaski worked for seven years as a Maryknoll Lay Missioner in Bolivia and in Maryknoll’s global education efforts in the United States.  While engaging in post-baccalaureate premedical courses, he worked for three years as a personal assistant to Dr. Robert Coles, a professor of psychiatry and medical humanities at Harvard University.  Dr. Pulaski received his MD from Boston University School of Medicine in 1991 and completed Internal Medicine training at Boston City Hospital in 1994.  Throughout his career at Boston Health Care for the Homeless, Dr. Pulaski has helped develop and serve in a care delivery model that is welcoming, comprehensive, inclusive and sensitive to the unique cultural and socioeconomic needs of the population.  BHCHP provides holistic services involving case management, primary care, addiction management, behavioral health, and housing assistance.  He has worked in a variety of Boston shelters and clinics in primary and HIV care and addiction services and has engaged in teaching and mentoring medical students and residents.

Dr. Pulaski is fluent in French and Spanish and is an assistant clinical professor of community medicine at Boston University School of Medicine. 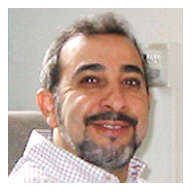 Dr. Sabah Hussain received his MD degree from the Medical School, University of Baghdad (Iraq) in 1978. After serving four years of medical service in various hospitals in Baghdad, he joined the Meakins Christie Laboratories, Department of Medicine, McGill University (Montreal, Canada) as a graduate student and a research fellow. In 1979, he obtained his Doctorate of Philosophy from the Department of Physiology, McGill University. He was then appointed as Assistant Professor of Medicine, Department of Medicine in 1990 and as Associate Professor and full Professor in that department in 1996 and 2004, respectively. In 1999, Dr. Hussain was also appointed as the Medical Director of the pulmonary function laboratories at McGill University Health Centre where he sees various patients with respiratory diseases.

Dr. Hussain’s research interests are focused on the pathophysiology and therapeutics of respiratory and musculoskeletal diseases. He has published more than 180 original research papers in various biomedical journals. He also had un-interrupted peer-reviewed research funding in terms of salary awards and operating grants from various Canadian and international funding agencies. Finally, Dr. Hussain supervised forty seven graduate students, post-doctoral and clinical research fellows and many of his students are currently independent investigators in European and North American institutions. 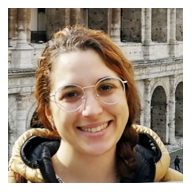 I am a last year medical student and an intern in Neonatology at Sapienza University, Rome. I am part of “The Doctor as a Humanist” international association and my goal is to make Medicine an interdisciplinary field, which combines both scientific and philosophical knowledge, as it used to be for great ancestors like Leonardo Da Vinci and Aristoteles. I think University should prepare medical students to make the difficult decisions they will have to take, choosing the right therapy for the right patient. 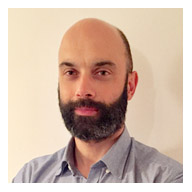 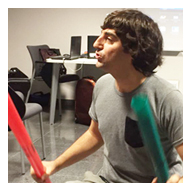 Music therapist in the pediatric service of Son Espases Hospital (Mallorca, Spain). Group Music Therapy sessions for patients with cancer. Experience with people with addictions. I am currently studying a Psychology Degree. At the 7th National Congress of Music Therapy (Segovia, Spain, October 2019), I presented the communication "Study on the emotional response to the music therapy of the hospitalized child". 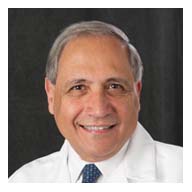 Professor of Clinical Obstetrics, Gynecology and Urology at the University Of Iowa Carver College Of Medicine where he helped develop a fellowship in PFMRS and is developing a collaborative project in international education. After obtaining his French State Doctorate of Medicine he completed his residency training in Gynecology and Obstetrics at The Johns Hopkins Hospital and a fellowship in Gynecologic Pathology. He continued on the full time Hopkins Faculty in charge of the division of Gynecology. During that time and in collaboration with Dr Jacek Mostwin, he initiated in 1984 the Houston Everett Memorial Course in Urogynecology and Pelvic floor dysfunction that was held yearly for over 25 years. 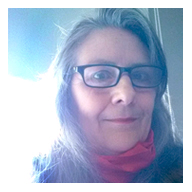 Graduated with a BSc in Biology from the University of Guelph, Guelph, Ontario, Canada in 1983 and a Diploma in Electron Microscopy in 1984. After several years of working as a researcher in pulmonary pathophysiology at McGill University, Montréal, Québec, Canada, she shifted her focus to the humanities and social sciences. First studying at Memorial University, Saint Johns, Newfoundland, Canada, she graduated in 1990 with a BA in Political Science and Women’s Studies, then moved on to graduate studies in Social and Political Thought (SPT), an interdisciplinary programme at York University, Toronto, Ontario, Canada. After being awarded an MA in 1992, she continued with doctoral studies in SPT, specializing in feminist epistemologies of science, social theories of science and technology, and the history, economics, and sociology of biomedical science. She has taught a wide array of sociology courses at York University, several philosophy of science courses in the Programme in Science and Human Affairs at Concordia University in Montréal, and a course in “Writing for Scientists” at McGill University. Now retired from teaching, she works as an academic editor. Throughout her career, she has been involved in labour, women’s, and animal rights activism. She also advises international students at McGill University, helping them to negotiate the demands of university life, to overcome bureaucratic problems that relate to migration and immigration, and to adapt to new cultural experiences. 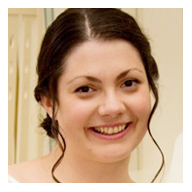 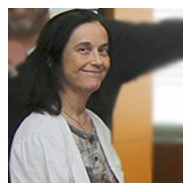 Since 1999, she has been working as a pediatric oncology at the Son Espases University Hospital in Mallorca. She has had her solo, chamber, and orchestral music works premiered in Mallorca, including her Requiem for Orchestra for the Balearic Symphony Orchestra.

Her music has accompanied various audiovisual, film and theater shows.

Thanks to her training in Music Therapy, it has been possible to establish the project of Music Therapy at the pediatric hospital of Son Espases.

She has been a member of the Clinical Research Ethics Committee of the Balearic Islands and participated in the ISA Cooperation Project for supporting developing countries. She has also been involved in training courses in communication and ethics with patients and families. Doctor, patient part time. To creating is life. To create is human. 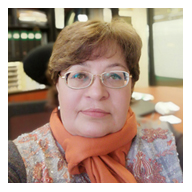 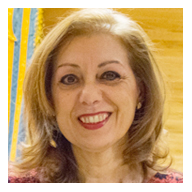 Graduated from the International School on Holocaust Studies, Yad Vashem, in 2009.

Since 2010 has delivered seminars, lectures and courses in different universities on Medicine and the Holocaust.

In 2011 with Dr. Esteban González López designed the course “The Holocaust: Lessons for Medicine” which both have been teaching in the Medical School at Universidad Autónoma de Madrid, Spain, since then. They have organized several study trips to Holocaust related-sites in Poland and Germany.